BUILT FOR ALL ROADS BUILT FOR NO ROADS

The Himalayan has been the most long awaited bike in the Adventure bike world! For too long the scene has been dominated by either very large bikes that most mere mortals will struggle with away from tarmac, or full on Enduro bikes that are no fun at all away from the dirt. The need has arisen for a lightweight all rounder style bike. A bike that offers reasonable off road capability – without compromising too much on comfort and every day rideability on the tarmac.

This is where the Himalayan fits right in, it has a torquey and smooth single cylinder motor that will easily reach motorway speeds, it has a proper “Fitted” seat that is sculpted to suit the human back side and a comanding and roomy riding position. It feels really comfortable on the road. The seat height is very low for an Adventure bike & yet, the bike has good ground clearance. This means anyone who has a shorter than average leg can ride the bike and touch the floor & most importantly feel confident & safe doing so. That is great design.

And it’s a capable off roader too. Royal Enfield developed this bike in the Himalayas and the Welsh mountains – & this you can feel. It has a great turning circle, and ridden on the trail can flatter & encourage even the most timid of off road first timers. It’s no race weapon, instead the bike has a much softer edge, so anyone will enjoy gentle Green Lanes, Fire Roads & Byways. More proficient riders can cover much rougher terrain on this bike, but it’s no Enduro bike, instead the bike encourages you to slow down, pick your lines and treat the ride as an Adventure – not an assault!

So to recap, this is a bike genuinely designed for many use’s. It’s a great commuter, our own customers are reporting between 60 & 80 MPG for average commuting use – much more on a run. In traffic, the Himalayans riding position helps you stand out & makes you visible, it also lets you see over the traffic & the agility is great in traffic. Its also a good winter bike, wide handlebars offer loads of feedback & the ABS & chunky tyres are good for the British weather! But its as an Adventure bike that the bike really delivers. Although the bike has some handy tools – such as the compass & fuel guage etc – it’s a very basic, sturdy machine. A seasoned Adventure rider once told me that he measures Adventure bikes on their ability to fit in a canoe(!) I have seen a Himalayan in a Canoe before so I think he would approve of them! It’s also widely regarded that the more basic the bike, the less the rider will worry about roadside repairs. The Himalayan doesn’t have loads of electronic wizardry & it cant offer you a dazzling array of rider modes. But what it does have in spades – is a genuine solid look and feel. Every time I get on one I imagine an epic trip, and compared to other Adventure bikes, for the price difference – you could probably pay for a very long one!

One of the things that makes this bike a typical Royal Enfield is the riders opportunity to personalise the bike. There is already an array of luggage, crash protection, security & comfort upgrades available, and at Cooperb we are working on our own line of “Hardcore Adventure” accessories to compliment the genuine Royal Enfield list of accessories. (And of course the obligatory Tee Shirts are already in stock!) We can build a Himalayan for any journey, use or Adventure & are very happy to discuss your requirements. We now have our own soft luggage mounts, these are build around the Kriega drybag/luggage system – for which we are now agents. We also have our very own heavy duty sump guards as well as light weight silencers, tool boxes & suspension lift kits too.

Adventure Tours. Since Spring 2018 our Himalayan riding group has joined our regular Royal Enfield riding group and we have covered hundreds of road riding miles together. Its been fabulous and the Himalayan has shown itself to be an extremely competent road bike. In addition, we have been on countless “Adventure trips too” Highlights included Rhayader and the Elan valley and Welshpool and its Breidden & Long Mountain. Both trips involved a day of riding the B & A roads between our shop in Northants, through scenic Cotswolds, Gloucestershire, Mulvern hills & Hereford before landing at a fabulous hotel at our destination. The next day we collect a guide & head off the beaten track. Using gentle lanes, fire roads & mountain tracks, we navigate our way to some of the best scenic areas you will find. It’s a brilliant experience & apart from the cost of the guide & accommodation – we provide this service free of charge. We have many trips planned and all our customers are welcome. 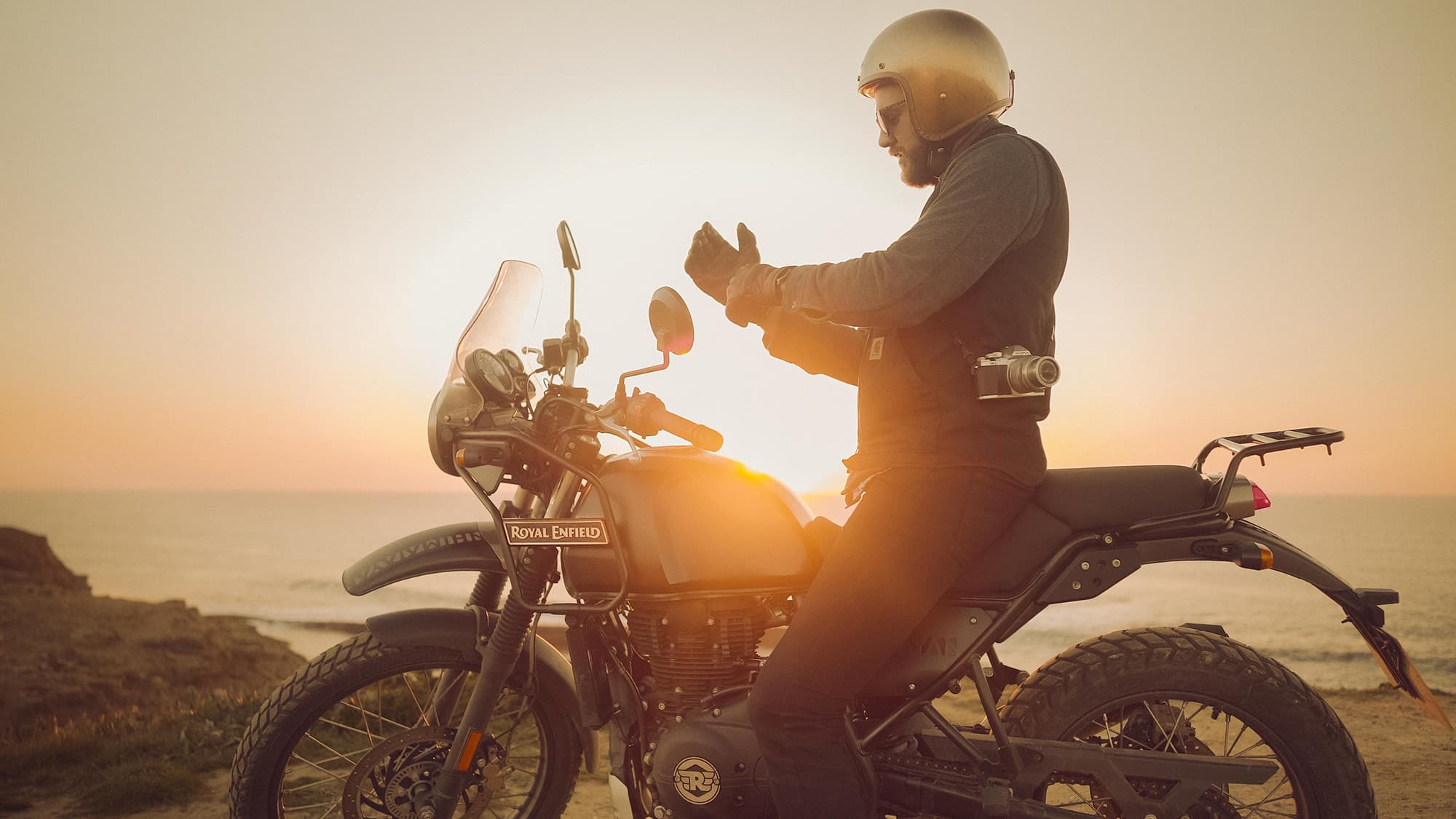